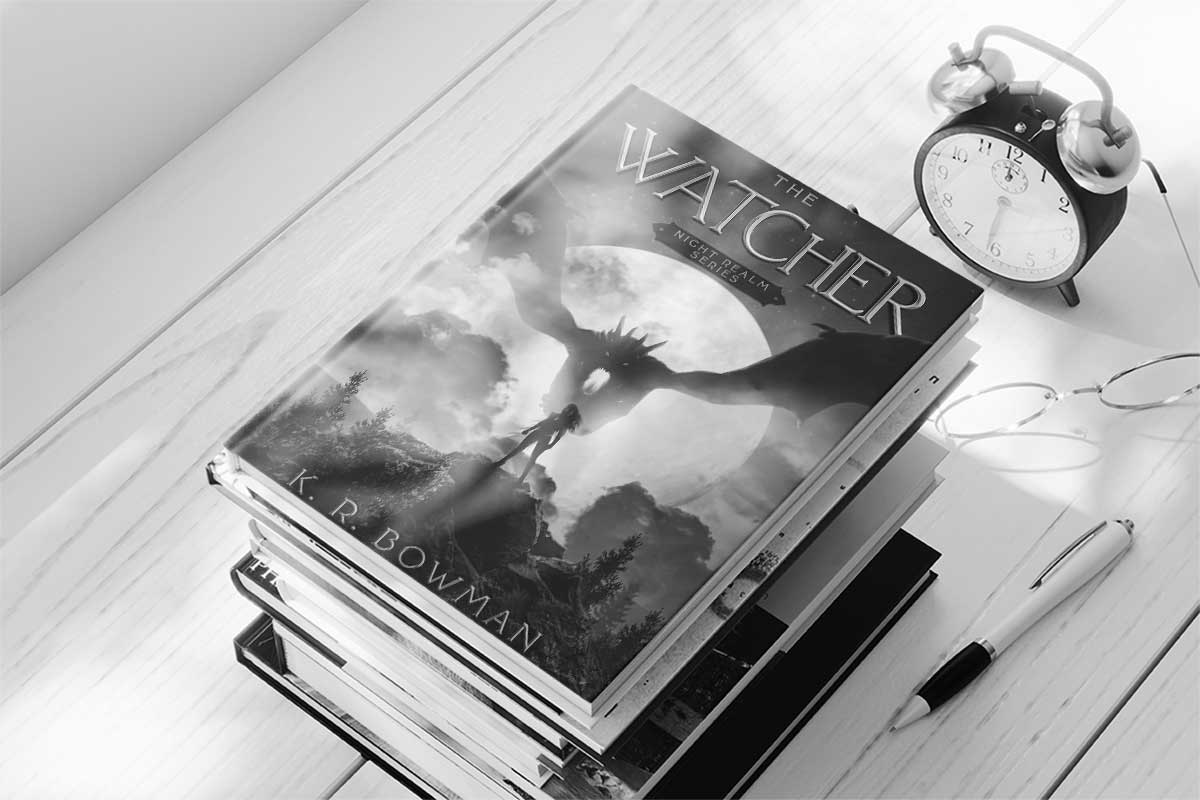 Oh my sweet Lord. What a book this is! I’m not quite sure where to even start, so here’s the blurb whilst I gather my thoughts.

Sloane lives with her unconventional mother, who doesn’t know how to cook and looks at life through her elementary teacher lens. Sloane’s best days are when her car’s air conditioner decides to work.

However, that changes on the night of her 18th birthday. At the stroke of midnight, she is transported to the Night Realm, where she discovers her family’s heritage is far more extensive than she could have ever imagined.

In the Night Realm, a world plagued in darkness and monsters, Sloane is thrown into the midst of an unending battle between the Realmers and Nightlins. Here, she may finally learn the truth behind her father’s disappearance and his key role in Earth’s possible conquest.

Will Sloane find her father? Will she master these strange new powers? Join Sloane as she embarks on the first of many adventures.

The Watcher is the first in a new series of fantasy books called the Night Realm series by K.R Bowman. The first one centres around Sloane, a 17 year old seemingly living a normal life until she starts having blackouts and headaches just before her 18th birthday. No one can find the cause for these until the night of her 18th birthday, she is transported to another realm – and well this is where the fun begins.

Sloane is ridiculously relatable as a heroine, at last! She has fears, doubts and even with her training she doesn’t become some super heroine who can do everything and anything. The Night Realm is at war with Nightlins, Sloane and her friends have to figure out a way to win the war using certain artefacts. Sloane’s family history is slowly divulged throughout the book, which I really liked and was grateful of, it made it more realistic (as realistic as a book about a night realm and creatures that attack at night can be) and made Sloane’s characterisation grow more.

There are hints throughout the book that give little insights into the way the series may go. The world that the author has dreamt up is thoroughly fascinating and I love the way she describes certain things and the facial expressions of the characters are on point every time. It’s like she really thought about how people would react and instead of using the same descriptions each time, she wanted to showcase that her characters should feel like real people.

I’ll admit, at the beginning of the book, Sloane annoyed me. A lot. I guess because I thought she’d be exactly the same as lot of other female characters who found it they’re ‘the special one’ and only they can save the world. Sloane is not like that, she knows she can’t do it alone and needs help from her friends and they know she can’t do it alone either. It makes for some great conversations and within the book and helps us to see just what each person brings to the table. It also means that I ended up connecting with Sloane, she’s awkward and a little bit geeky. Trying to fit in and understand a world she had no idea about until she, quite literally, fell into it.

Sloane has four main friends, after their first camp is attacked and they escape; they become inseperable. There’s Sloane, Ashlen, Harris, Raleigh and Callum. Callum is absolutely the love interest for Sloane and again, it’s great to see this one play out. There’s no rushing with this one. There is another man, Graham, who Sloane likes but something happens to him on a recce out to find nightlins and…..well you’ll have to read the book to find out!

Callum is a complicated man, there’s definitely a lot that we don’t know about him yet that hopefully will be revealed in the next books. That’s a point, I now have to wait for the next book! Argh! I’m excited to see where this series goes and what Bowman has in store for us readers.

The quality of writing is excellent, the characters are well rounded and the series is off to a great start, 5 Czars out of 5.