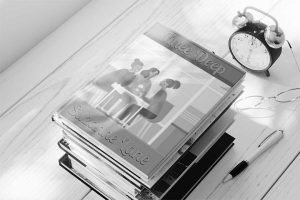 Three Best friends with three very different stories.
Georgie Baxter, a sensible wife and mother of two, spends her whole life juggling work with running the household.
Liza Carmichael is happily married to Tom – the most perfect man on the planet. She has a great life but craves for a baby to make their family complete.
Brooke Collins is confident, independent and full of sass. As well as being incredibly gorgeous, she is a highly successful businesswomen, who doesn’t need a man to make her happy.
These three friends have been together forever and support each other through thick and thin. Which is certainly needed at this time of their lives, as things start to unravel for them.
Can they fix each other when they become knee deep in their own problems? 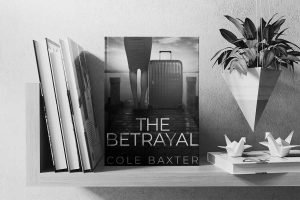 She thought she could escape the past. But now it’s found her…

Erin is determined to begin a new chapter in her life. Having freed herself from her violent and abusive ex, she’s starting over on a remote island where she can lead a peaceful, quiet life.

But then she meets Dominic. He is pushy and won’t take no for an answer. Given her history, Erin feels nervous of him – how far will he go to get what he wants? Even worse, Erin discovers her ex-husband has been released from prison. Will he come after her again?

And her terror only increases when it becomes clear there is a killer loose on the island.

Refusing to live in fear any longer, she devises a dangerous plan to unmask the killer. But in so doing she stumbles across the deadly secret at the heart of this island community, a discovery more terrifying than anything she could ever have imagined… 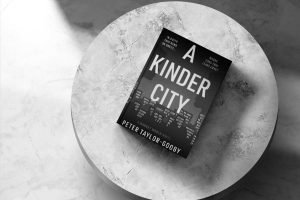 The City is governed by the grim law of profit and loss. No exceptions, no place for compassion, pleasure, the warmth of friendship or the ardour of love. David, an Enforcer committed to the Law, meets Sarah, a villager from outside, and begins to understand that a different, more joyful, life is possible.
A Kinder City tells the story of their tangled relationship and of how they fall in love, and of their struggle against Franklin, the richest man in Market World. If the only law is the market, why not sell everything – and that includes the air we breathe, the land we stand on, the water we drink? No exceptions. His giant factories spew forth the road beasts – the huge machines that devastate the lands beyond the City in pursuit of yet more wealth. Not content with cloning animals, he traps horses in exo-skeletons and works them to death. Torn between her growing passion for David and her revulsion at the City that he is pledged to protect, Sarah turns her back on him.
In despair, he confronts one of the convoys supplying Franklin’s mills and releases the horses trapped within the giant trucks. Pursued by terrifying security guards they escape to the Broken Lands and witness at first hand the desolation that results from ruthless strip-mining and industrial farming driven purely by greed, and the misery of the remaining villagers. In their struggle to survive and return to the City they discover the power of their love for each other. Sarah challenges Franklin to his face and, helped by David, sparks off rebellion among the poor of the City. Together they defeat Franklin. He must learn what it means to be destitute and alone in Market World. The possibility of building a kinder City lies within their grasp. 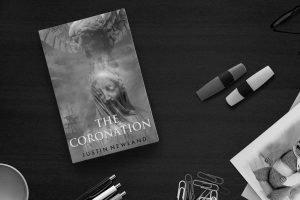 It is 1761. Prussia is at war with Russia and Austria. As the Russian army occupies East Prussia, King Frederick the Great and his men fight hard to win back their homeland.

In Ludwigshain, a Junker estate in East Prussia, Countess Marion von Adler celebrates an exceptional harvest. But this is soon requisitioned by Russian troops. When Marion tries to stop them, a Russian Captain strikes her. His Lieutenant, Ian Fermor, defends Marion’s honour, but is stabbed for his insubordination. Abandoned by the Russians, Fermor becomes a divisive figure on the estate.

Close to death, Fermor dreams of the Adler, a numinous eagle entity, whose territory extends across the lands of Northern Europe and which is mysteriously connected to the Enlightenment. What happens next will change the course of human history… 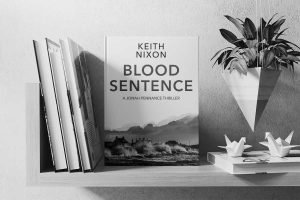 Three bodies, one suspect. That suspect is you…

When the unidentified corpse of an apparent suicide victim is found hanging above a complex pattern of forty photographs of children, Detective Inspector Jonah Pennance of the Met’s specialist Sapphire Unit is brought in to investigate.

A post-mortem reveals the suicide was murder, and Pennance realises he knows the man. But as the body count rises, all the signs point to a care home in Kent – a place that Pennance is all too familiar with.

The problem is the only person connecting the victims is Pennance – and he has a solid motive for wanting them dead… Can Pennance prove his innocence? 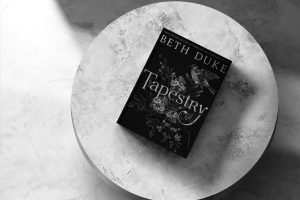  5/5 Intro Beth Duke is ridiculously good at weaving stories together that you know will come together at the end, but you have no idea how or what the fallout will be. Another wonderful book by Beth!  Synopsis Twenty-one-year-old Skye Willis lives in Eufaula, Alabama, a tourist mecca of stately homes and world-class bass 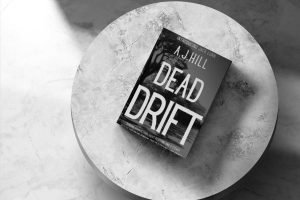 Former Detective Inspector Jack Lunn is enjoying the quiet life.
Twenty years on from being medically retired from the job with Hampshire Police, he’s earned his quiet routine of long walks in the New Forest.
However, Jack’s peace is shattered when he discovers the body of a friend and local landowner while on a fishing trip.
Drawn into the investigation, he comes face to face with an old colleague, and the police investigation machine he thought he had left behind.
As family secrets are exposed and a reporter takes an interest, Jack and his partner’s eldest daughter Gemma, a former military intelligence officer set to work to uncover who killed his friend.
As the body count rises, can they both unravel the mystery before it’s too late, or will Jack’s life be sacrificed as just so much dead drift.